The work will begin at the intersection of Mandalay Bay Drive and Las Vegas Boulevard and then move south towards Russell Road. To accommodate this construction, traffic will be limited to one lane on the southbound side of the Boulevard between Mandalay Bay Drive and Russell Road from 2 a.m. to 10 a.m. Monday through Friday for the next six weeks.

The work zone is expected to be south of Russell Road by late August, at which time the construction hours and accompanying lane closures will be from 9 p.m. to 5 a.m. Sunday nights through Friday mornings.

This project is the second of seven phases of work along Las Vegas Boulevard between Sahara and the 215 Beltway. Each phase includes water line replacement, new pavement, intersection modifications to improve pedestrian crossings, upgrades to traffic signal and street lighting systems with Smart poles and enhanced median landscaping with LED lighting.

TAB Contractors is the contractor for this second phase of the project. Work on the first phase of the project between Spring Mountain Road and Sahara Avenue is nearing completion, although the TAB contract includes work in and around the intersection of Spring Mountain Road and Las Vegas Boulevard, and on nearby Sands Avenue. This work will last until November and will prompt additional lane closures.

Clark County is a dynamic and innovative organization dedicated to providing top-quality service with integrity, respect and accountability. With jurisdiction over the world-famous Las Vegas Strip and covering an area the size of New Jersey, Clark is the nation’s 11th-largest county and provides extensive regional services to 2.4 million citizens and 45.6 million visitors a year (2019). Included are the nation’s 7th-busiest airport, air quality compliance, social services and the state’s largest public hospital, University Medical Center. The County also provides municipal services that are traditionally provided by cities to 1.1 million residents in the unincorporated area. Those include fire protection, roads and other public works, parks and recreation, and planning and development. 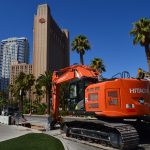 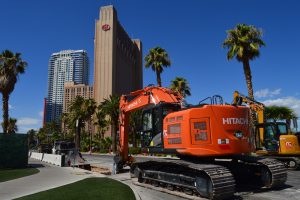 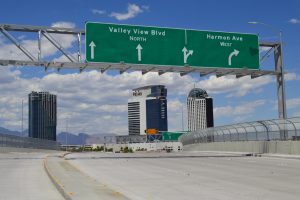